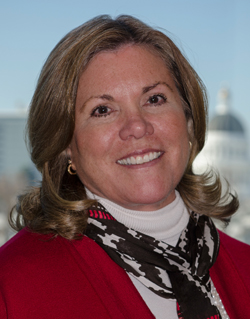 Since February 2015 Jill has been the Claims and Operations Manager for the California Self-Insurers’ Security Fund.  In this role she manages the daily operations of the Fund and provides oversight on all aspects of claims management.

From 1983 to 2015, Jill was the Senior Director for Marriott Claims Services, as part of Marriott International.  She was responsible for management of workers' compensation, auto and general liability losses for all Marriott managed operations within 8 western states and also managed 3 satellite offices in Hawaii, Oregon and Nevada.

Prior to Marriott International, Jill was a Continuing Unit Supervisor for Allstate Insurance Co., a Unit Supervisor in workers' compensation at Alpha Beta Co. and Vice President of Claims at R. L. Kautz & Company.

Jill was certified as a Qualified Administrator for the state of California in 1980.  She also holds a WCCP certification.

She was a former Commissioner and 2003 Chair of the California Commission on Health and Safety and Workers' Compensation having been appointed in 1998 by Governor Pete Wilson to be the private employer representative.

Jill is active in workers’ compensation in a number of states and was the former Chair of the Board and Executive Committee Chair of the California Self Insurers Association.   She currently serves as an ex-officio member of the Board of Managers.

Jill serves on the Board of Directors, Easter Seals Southern California and was the former Chair of the Board.