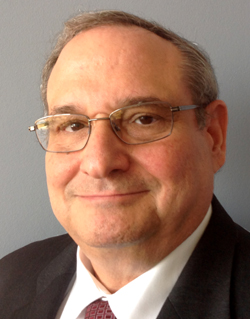 Saul Allweiss has been involved in the California workers’ compensation community for nearly four decades.  He began as a claims examiner, supervisor and hearing representative at various insurers and self-insured entities.

Saul attended Law School at the University of LaVerne College of Law receiving his J.D. in 1993 and was admitted to the California Bar in 1994.

In his first years as an attorney, Saul was employed as Claims Counsel at Republic Indemnity’s home office, working on difficult and high profile cases.  He was responsible for setting policy and coordinating the activities of the claims department with other departments of the company.

Saul worked with brokers and employers on disputes involving claims handling and the effects of reserving on unit statistical reporting and dividend calculations.  He also conducted training statewide for Republic’s claims staff.

In October 2002, Saul opened his own practice.  The practice focuses on the basic defense of workers’ compensation disputes.  He is available as a trainer for claims and legal personnel.  He serves as a consultant on legislative and regulatory matters.  He has been retained as an expert in first-party bad faith litigation.  Saul has been retained to defend claims administrators in disputes arising of out Compliance Audits conducted by the Division of Workers' Compensation and the Department of Insurance.

Saul has served on numerous ad hoc committees created by the Administrative Director of the Division of Workers’ Compensation and the Commission on Health Safety and Workers Compensation.  He was retained as a Legislative Consultant for a number of employers and insurers in regard to the Workers’ Compensation Reform Acts of 2004 (SB 899) and 2012 (SB 863) and remains as a consultant in regard to the drafting of regulations needed to enact the provisions of these statutes.

A native of Chicago, Saul received his Bachelor’s Degree from the University of Illinois in 1975.