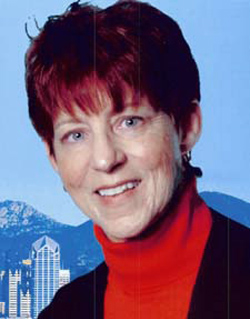 By the time of her death in 2011 due to complications from kidney disease, Carrie Nevans had established herself as a leading voice in the workers’ compensation industry.

Nevans was the Administrative Director (AD) at the Division of Workers’ Compensation (DWC), part of the state Department of Industrial Relations.  She had served since 2005 in the roles of Acting AD, Deputy AD and AD at the DWC. During her tenure, DWC effectively implemented workers’ compensation laws passed by the Legislature, which saved employers at least $70 billion cumulatively. Results of regulatory and other programmatic changes she carried out include a continued decrease in the number of claims filed and quicker resolution of claims, competition returned to the workers’ compensation marketplace, improved employer satisfaction with the workers’ compensation system, more injured workers returning to gainful employment and continued injured worker satisfaction with medical care, which is now evidence-based.

Carrie graduated from California State University-Stanislaus with a Bachelor of Arts Degree in Political Science in 1979, with subsequent postgraduate work at the same university in Public Administration. After graduating from college, she worked for four years as a claims examiner for the State Compensation Insurance Fund. She then worked for the California Youth Authority for one year as a staff services analyst and transferred to the Department of Corrections as a Staff Services Manager from 1986 through 1994.

From 1994 until her appointment as the DWC’s Acting Administrative Director in 2005, Carrie continued in state service as a budget and finance analyst. She came to the Department of Industrial Relations (the “mother ship” of the DWC) in May 1999 and then began her final assignment at the DWC as the Chief of Programmatic Services from August 2004 until her appointment by then Governor Schwarzenegger as the Acting AD in 2005. She was officially appointed AD in October 2007 but was not confirmed one year later. She was then appointed by the Governor as the Acting AD for the remainder of her career with the DWC. She remained the de facto Administrative Director of the DWC until her passing in 2011.

Carrie is regarded as one of the highest caliber leaders in the history of the DWC. Her background prepared her for a leadership position with a strong emphasis on fiscal and budgetary matters.  As a seasoned workers' compensation professional, Ms. Nevans was a claims examiner for the State Compensation Insurance Fund and also worked for the California Department of Corrections. Prior to working for the DWC, she became an expert in state finance and budgetary issues along with analyzing the fiscal impact of pending legislation.