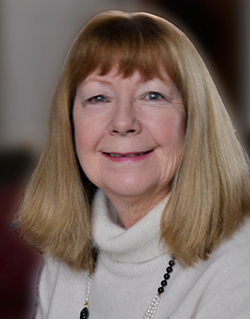 Tina Coakley enjoyed 38 years in the field of workers’ compensation.  Her career began with claims handling for ten self-insured employers in Washington State for four years, then progressed to consulting for large insurance brokerage clients at Marsh & McLennan and Johnson & Higgins for three years in various states.  These clients offered her experiences in many varied workers’ compensation exposure environments and allowed her to develop expertise in state laws and regulations.

Desiring more exposure to claims and self-insured employer management, Tina moved on to The Bon Marche’s self-insured self-administered program in Washington and provided oversight in Montana, Idaho and Utah for 10 years.  Allied Stores owned The Bon Marche and also had her auditing East Coast-insured subsidiaries for proper claims handling service to their employees and confirm proper reserving on claims.

At that point in her career she decided to take on a job with a challenge, which was managing The Boeing Company’s global workers’ compensation program (160,000 employees) for eight years and then transferring to a legislative/regulatory position for workers’ compensation while also working on Boeing Medical Clinic issues for federal and 11 state jurisdictions for 14 years.

She found gratification in working with workers’ compensation professionals from employer, broker, insurer, legal and  employer trade association groups to work towards establishing a better workers’ compensation law and/or regulations that benefited both the injured employees and the employers.  Tina's strength lay in her prior job experience, love of researching published data to support legislative and regulatory changes, and in comparing various state laws and regulations to see if any other states had better language to benefit the states she worked with in employer trade association groups.

Tina retired from Boeing in May of 2010.